The Enormous Crocodile by Roald Dahl

An enormous, greedy, green crocodile lives in a swamp in Africa wants for lunch some boys and girls, says all his friends “I’m the only one who dares to leave the water and go through the jungle to the town to look for little children to eat”.

On the way to the town, he finds for animals that he gets into a fight with each of them because they believe he is dirty, brutal and fiendish.

They were a Hippopotamus called Humpy-Rumpy, Trunky the Elephant, Muggle-Wump the Monkey, and Roly-Poly Bird.

In the town, the crocodile thinks many tricks for lunch, and trying different things to deceive the children in close enough to be able to swallow them, but each time when he performs an idea, he misses, because one of the jungle animals who mocked on the way to the town warn children to run away.

In the end, the elephant delivers the crocodile to the sun. 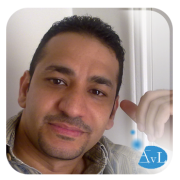